The Life of Permafrost: A History of Frozen Earth in Russian and Soviet Science Seminar

On April 22 at 19:00 Moscow time, Professor Pei-Yi Chu will hold a seminar "The Life of Permafrost: A History of Frozen Earth in Russian and Soviet Science" as part of "Plastic World" seminar cicle. 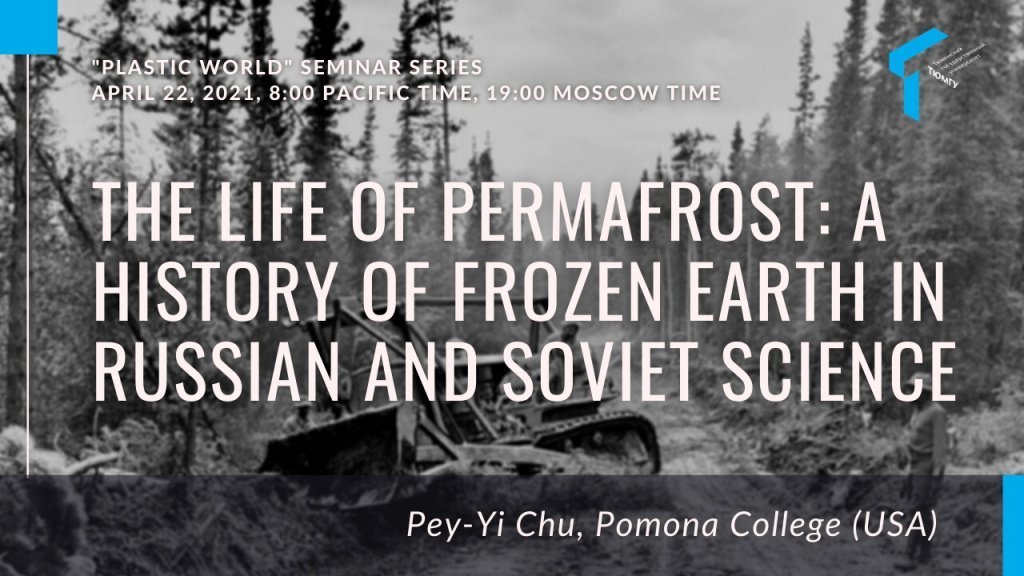 This lecture is dedicated to Professor Pei-Yi Chu's new book "The Life of Permafrost: A History of Frozen Earth in Russian and Soviet Science" published last year. The book provides an intellectual history of permafrost, placing the phenomenon directly in the political, social and material context of Russian and Soviet science.

"In this talk, I explore the history of permafrost as a scientific idea in order to uncover its multiple, contested meanings. I trace the English word permafrost back to its Russian roots in order to reveal the historical political and cultural contexts for investigating frozen earth.
I show that understandings of frozen earth were shaped by two key experiences in the Russian Empire and the Soviet Union. On one hand, the colonization and industrialization of Siberia nourished an engineering perspective on frozen earth that viewed the phenomenon as an aggregate physical structure: ground. On the other, a Russian and Soviet tradition of systems thinking encouraged approaching frozen earth as a process, condition, and space tied to planetary exchanges of energy and matter.
Aided by the United States' militarization of the Arctic during the Cold War, the engineering view of frozen earth as an obstacle to construction became dominant. Restoring pluralism in ideas about frozen earth fosters curiosity and awareness about, rather than animosity toward, permafrost. It demonstrates the contributions of Russian and Soviet science to contemporary global understandings of the environment."

The seminar will take place on the Zoom platform. To participate in it, please fill the zoom form.

Zoom link, ID and password will be sent out to registered participants shortly before the event.

Please use the name under which you have registered when you are joining the online meeting. The organizers reserves the right to forbid entry to participants whose name is not on the registration list.