12 May 2021
Alexander Gilmanov talks about how to overcome the problems of highly viscous oil production and water encroachment in oil wells.

Alexander Gilmanov, an engineer from the University of Tyumen, talks about how to overcome the problems of highly viscous oil production and water encroachment in oil wells. 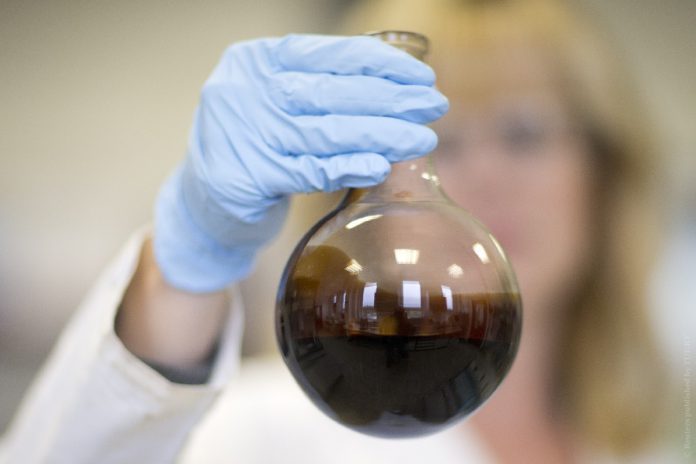 We interviewed UTMN scientists – the winners of the competition for projects of fundamental research.

The competition was organized by Russian Foundation for Basic Research (RFBR) together with the Tyumen Region’s administration Alexander Gilmanov, an engineer from the UTMN Department of Physical Processes and Systems Modeling of the Institute of Physics and Technology, and his group of scientists have received the grant for "Projection and optimization of enhanced oil recovery methods for oil fields in the Tyumen Region using integral models".

Q: Alexander Yanovich, perhaps it would be appropriate to first briefly describe the current state of the oil industry?

A: It is known that the mining development we had in Western Siberia started back in the 1960s-1970s. When the oil production started, the methods used were quite shallow. Nobody thought about the case, where the shallow reservoirs would run dry; some places weren’t developed wisely. Currently, a large share of oil has already been recovered. The biggest oil fields like Samotlor, face sufficient water encroachment, meaning that the field flow has a large share of water and little oil. Because of that other reserves have to be developed. In the Tyumen Region, the most well know example of heavy oil formation is the Russkoye field. This field has a highly viscous heavy crude oil.

The difficulty with the production of this type of oil is that, since high viscosity compromises oil’s flowability, heavy crude oil will flow to the production wells very slowly and in small amounts. Heavy crude oil looks like very thick honey or resin. There’s a lot of it in Canada; they have so-called bitumen – a mixture of highly viscous oil, water, and sand – found near the surface and looking like oil stones. If we start heating heavy crude oil, then its viscosity is reduced, the density decreases increasing flowability, and its recovery from reservoirs becomes easier. We need to use these thermal methods for enhanced oil recovery more here.

So, these are the two problems we are solving in the framework of our grant: working with high viscosity and water encroachment.

Q: Tell us about the project’s history.

A: Back in 2017 we started working with thermal methods for enhanced oil recovery. This method helps maintain the momentum of oil production and is wildly applicable in Tyumen Region. These are rather costly technologies, so before their implementation, we have to estimate their applicability in the field. We use models to achieve that.

Models that already exist today make it possible to calculate several technological parameters, but do not lead to simple unambiguous algorithms for optimizing these methods, which would also provide economic benefits. And so, we started developing improved models for enhanced oil recovery methods. Since 2017, we have had several publications both in the UTMN Herald journal and in peer-reviewed international, such as, for example, the scientific journal The Bulletin of the Russian Academy of Sciences. Fluid Dynamics.

Q: How do models predict methods for enhanced oil recovery?

Let me explain how the technology of polymer-dispersed flooding works. If there are more permeable layers, then that’s where the water will break through into the production well first, and we will get a mixture of oil and water with a large share of water instead of oil – that’s unprofitable. So, to equalize the indicators and distribute the water, the polymer is injected. The required volume of polymer injection can be calculated using our models. The key to optimization is to select a correct amount of polymer, which, on the one hand, would equalize the displacement front as much as possible, and on the other hand, would not clog the porous medium too much and would not reduce the rate of oil inflow to the well.

Q: Has anything been done within the framework of the grant?

A: Yes, we have already sent an article for publication in the Journal of Engineering Physics and Thermophysics; it will be published soon. We will be attending multiple conferences. For example, one member of the grant will be attending a conference in Krasnoyarsk. Well, we are planning to take part in the SPE Russian Petroleum Technology Conference in October. We are waiting for the selection results.

A: We work in a small group: I'm in charge of the project and Tatyana Kovalchukh is a leading engineer. I work with thermal methods for enhanced oil recovery, and she is an expert in polymer-dispersed flooding. In addition, we, of course, have support – scientists who are not included in the grant, but with whom we closely interact. For example, the professor of our department, Alexander Shevelev, and the scientific director of the Institute of Physics and Technology, Konstantin Fedorov are great suport.

Q: Do you have consultants in the industry?

A: Yes, Konstantin Fedorov interacts directly with the Tyumen Oil Research Centre. We hope that this will allow us to get good data and calculate for them using our model. Thermal methods are also being actively developed in Tatarstan, so our models should be of interest to the republic's oil workers, especially if we address the SPE Russian Petroleum Technology Conference. This participation will allow us to hear the views of oil workers not only from Tatarstan but also from all of Russia. Lukoil is developing the Yaregskoye Oil Field located in the Komi Republic. They are considering the possibility of oil production using thermal methods there. We spoke with them once at one of the past SPE Conferences and they were partially interested in our development. Now, when we will develop the final model, we hope they will join our project. One of the thermal methods that are being considered for use in this oil field is steam-assisted gravity drainage: steam is injected with the help of horizontal wells, it goes up in the reservoir due to its lower density and, while simultaneously heating the oil, condenses. The heated oil is of lower viscosity, and the water flows down to the production well.

Q: Are the students involved in the work?

A: Yes, they may well perform some parts of the tasks within the framework of graduation and term papers.

Q: It's great that such big projects include students.Your master’s degree students are already working  for oil companies; oil companies will take note of their scientific work and implement their findings.

A: Yes, it's great to include students as much as possible. And our grant is no exception. Tatyana Kovalchuk is a master’s degree student and I am a graduate student of UTMN.