West Siberian World-class Research and Educational Center (REC) held an online-meeting on “Biological Safety of Humans, Animals, and Plants”, which brought together the REC partners: University of Tyumen, V.N. Orekhovich Research Institute of Biomedical Chemistry (Moscow) and other scientific organizations. 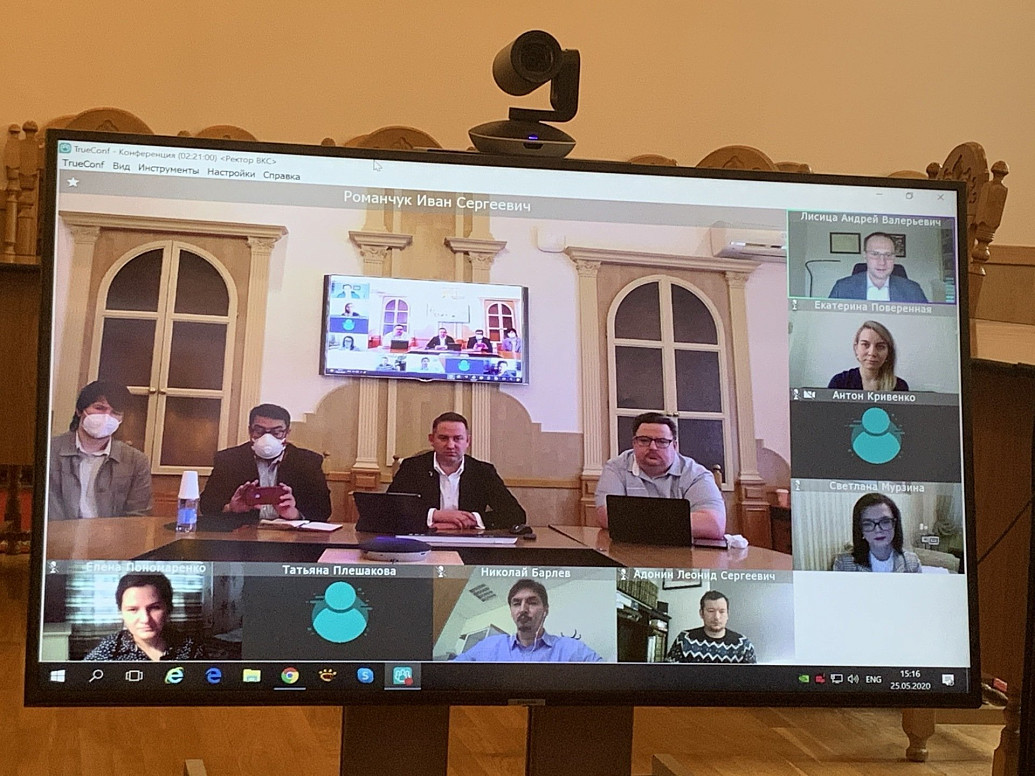 Ivan Romanchuk, UTMN Acting Rector, opened the meeting with the topic of “Biosafety” and it’s relevance to the current pandemic and drew attention to the need to quickly strengthen the scientific infrastructure of the university in the field of genetics and genetic technologies.

Andrey Tolstikov, UTMN First Acting Vice-Rector, presented the successful history of cooperationbetween the University of Tyumen and the Institute of Biomedical Chemistry (IBMC). For example, joint research teams have been formed, and the first works have been prepared for publication. The first joint patent has been submitted for registration.

Yekaterina Poverennaya, the winner of the Russian Federation Government Grant for Young Scientists, the head of the University of Tyumen and Institute of Biomedical Chemistry joint master's program “Mathematical Biology and Bioinformatics”, notes the enthusiasm of the students, who applied for the program. The curriculum is largely comprised of the molecular biology and genetic technologies. The practical training will be held in the laboratories of IBMC using the latest equipment and under the mentorship of the leading specialists of the institute. The launch of a new master's program helps to solve the urgent issue of training modern biology for the needs of the both University of Tyumen and the World-class research and educational centers.

Andrey Lisitsa, an academician of the Russian Academy of Sciences, emphasizedthe importance of the research team from IBMC to develop several joint projects with the University of Tyumen based in the fields of genomics, proteomics, transcriptomics, and bioinformatics to develop, providing a transfer of knowledge and modern technologies.

One of these projects was presented by Nikolay Barlev, Head of the Laboratory for Regulation of Gene Expression, Institute of Cytology and Genetics, Russian Academy of Sciences. The project involves the creation of a network of several large biological and medical centers to search for new ways to combat brain cancer. Ph.D. Dmitry Andreev, the head of the group ofintegrated bioanalytical systems at the UTMN X-BIO, spoke about the promotion of the REC project on the creation of laboratories that have a rapid diagnosis technology.

Professor Elena Ponomarenko, Director of the V. N. Orekhovich Research Institute of Biomedical Chemistry, coordinator of the Russian division of the major international project “Human Proteome”, confirmed the institute’s interest in expanding cooperation with the West Siberian REC and the University of Tyumen.

Summing up the meeting, Ivan Romanchuk, UTMN Acting Rector, emphasized that the united research teams are working on new scientific projects, and the University of Tyumen will take the necessary steps to strengthen the research infrastructure and develop it on an international scale.