Myths and Reality of Student Science

Research and Innovations 15 October 2020
Pavel Smirnov, Head of the X-BIO Laboratory for Sedimentology and Paleobiosphere Evolution talked about the path of becoming a young scientist, myths and realities of science for students. 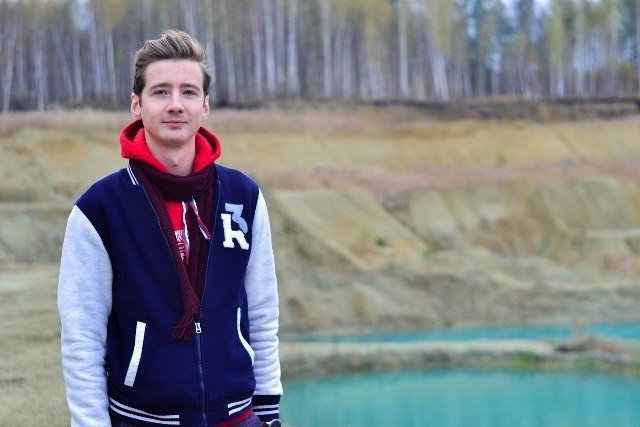 Were you involved in "student science" during your university years?

I started to get interested in science in my school years when I was a member of the Tyumen Club of Young Geologists. I continued to study science at the university.
I have several statements about student science, and I would like to hear your opinion on them.

For example, students are interested in science only for getting scholarships. How true is this from your point of view?

I believe that each person has their motivation for doing science. The statement that the only significant reason for scientific activity is personal gain is false.
Although some people are looking for financial benefits when they partake in the so-called "student science" (a term that I think is not completely accurate). Others may join because they have a passion for research; some just go along for the ride or strive to spice up their life, etc.
I think a much more important discussion should be had about the system behind evaluating achievements in science, which then becomes the basis for financial incentives for students. It should be more coherent, transparent, and understandable.

The next thesis: A student may only engage in science if they are supervised by a professor from an influential Institute or Department. Is this true?

That's not true. The patronage of a great scientist does not guarantee the successful execution of a scientific project. Just as the absence of a supervisor does not end one’s scientific career.
The abundance of information available today grants everyone excess to the latest achievements of science. It is very important to have a reliable source of information and the possibility of obtaining expert feedback. In other words, integration into a team of like-minded people becomes crucial. This will ensure the necessary communication with the scientific community, the possibility of approbation, and critical reflection on the intermediate results of scientific activity.
There will be those who do not agree with this opinion, but I've formed this opinion based on my own experience. For my research, I chose topics centered on such processes, phenomena, and objects that were not sufficiently explored previously, and no scientific school in Tyumen studied them.
However, I’ve made progress on those projects due to being in communication with scientists from Moscow, Novosibirsk, Kazan, Yekaterinburg, Tomsk, etc. I was not afraid to get acquainted with them, to address them with proposals for joint projects or requests for review of the data received. In addition to solving scientific problems, my network of contacts was rapidly expanding, and I adopted valuable experience. I have learned to view the world, as these specialists do.

Is it true that students are banned from real research laboratories? How can a student get into a functioning research space?

In my opinion, science is a personalized and institutionalized thing. In other words, everything will depend on the specific team, the leader, and the overall system of relationships accepted in the organization where they work.
There is no universal recipe that would ensure the successful integration of a student into a research team. However, I will give you a few tips. A student should be well aware of the laboratory's activities, propose their intentions and goals clearly, discuss their role in the project, be highly involved in the work process, and have a deeper understanding of the general principles of the scientific unit.
I had to observe time and time again students joining in, eager to be scientists, but failing to verbally express their plans. They’d say: "I would like to do something in the laboratory". It is necessary to come to the laboratory with an obvious and specific purpose because you can probably do that vague "something" outside the laboratory. I sincerely believe that knowledge of the subject and serious intentions will open any doors for you. Be it the doors of a university, commercial company, or a scientific laboratory.
Risking sounding boring, I’ll add that all of the scientific projects are “real”. If research is "not real", it is not scientific. It would be reasonable to mention that there is a segregation between academic and scientific activities - concepts that are often confused in Russia. The academic aspect of research aims to develop the general qualifications of the future researcher, it provides students with the basis to understand the methodology of science, to master the skills, for example, field or laboratory work and all that is a precursor of scientific research. At the same time, it is important to remember that it’s just the first step on your path. No one expects you to make a breakthrough right away. Big discoveries come later on.
All in all, science is about getting new knowledge to share among the community (and not keeping it just for yourself).

What are the differences between student science and general science field?

In my personal opinion, student science is a type of a scientific path, where a student, who is only mastering the general basics of scientific activity, then consistently moves on to doing a full-fledged educational and research work and then does a serious scientific project.

Why did you choose the path of a scientific researcher?

In my case, it is not entirely true to say that I was only interested in doing research. Of course, now I can proudly bear the title of a researcher, but my career was more about organization and support of scientific activities, as well as advanced education and research work for youth. In my research work itself, I was inspired
by the scale of the projects, their geography, and the international cooperation associated with them.

For further reference:
Pavel Smirnov defended his dissertation in 2017 in the specialty "lithology" under the guidance of the legendary scientist, corresponding member of the Russian Academy of Sciences Ivan Ivanovich Nesterov. He trained at the Clausthal University of Technology in Germany, worked at the Tyumen industrial University, won the all-Russian and Siberian geological Olympiads, and runs the Tyumen Club of Young Geologists. He organizes geological expeditions. Mentor and trainer of Alexander Menshikov, who is a member of the International Earth Science Olympiad, a member of the club from Lyceum № 81 in Tyumen (Seoul, Republic of Korea, 26 August – 3 September 2019). In 2020 he became the winner of the RFBR (Russian Foundation for Basic Research) "Perspektiva" competition for the best projects of fundamental scientific research of young scientists. Pavel Smirnov is the head of the new laboratory of sedimentology and evolution of the paleobiosphere X-BIO, created in 2020 as a result of the competition of the Ministry of Science and Higher Education of the Russian Federation for the right to create research laboratories in universities.