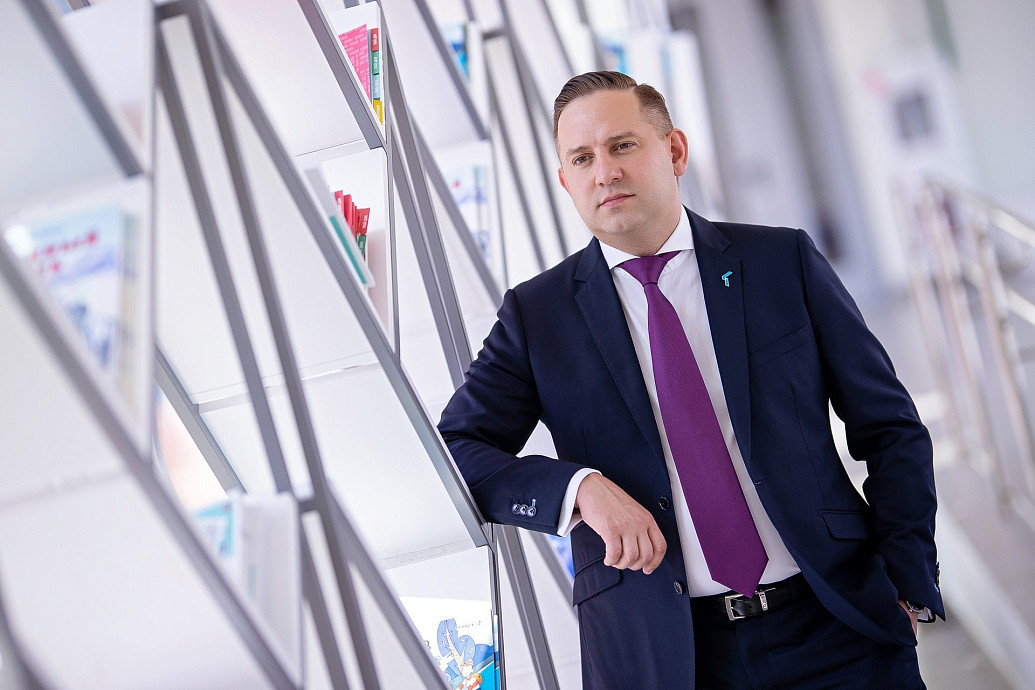 In accordance with the current Statute of the University of Tyumen, the Rector was elected by the Supervisory Board of the university.

Previously, since March 2020, Ivan Romanchuk served as an Acting Rector of the University of Tyumen.

In his new post, Ivan Romanchuk intends to establish a mutually beneficial connection between the university and region, strengthen cooperation with industrial partners and further facilitate the process of individualization of education at the university. In terms of scientific agenda, the University of Tyumen plans to approach complex challenges through West Siberian Interregional Scientific and Educational Center and deliver world-class research with the mega-grant program.

“Developing the region is our top priority. We plan to support our region by addressing the issues of integrated monitoring of natural and man-made environments, artificial intelligence, biotechnology, and biosafety.

I hope that the University of Tyumen will successfully enter the Program for Strategic Academic Leadership "Priority-2030". Participation in this program will allow us to combine the intellectual and infrastructural resources of the university and our partners to develop regional human capital and create a sustainable scientific and technological environment,” says Ivan Romanchuk.

The rector plans to make the University of Tyumen one of the most prestigious and modern schools, develop and implement new highly competitive master's programs, and solve other urgent problems.

Since 2006, Ivan Romanchuk has been working at the University of Tyumen (associate professor of the State and Law Theory and International Law Department, Executive Secretary of the Admissions Committee, Vice-Rector, Director of the Institute of State and Law).

Ivan Romanchuk is a deputy of the Tyumen City Duma.

Scientific and professional interests include research of public authority and power relations via epistemological tools, university positioning mechanisms for talented applicants attraction. Ivan Romanchuk is an author of over 100 scientific and educational works.

Ivan Romanchuk was awarded the Certificate of Appreciation by the Ministry of Education and Science of the RF and Certificate of Appreciation by the Chairman of the Federation Council of the Federal Assembly of the RF. Winner of a Grant from the President of the Russian Federation to young Candidates of Science in Solutions for Corruption within Government Systems.