The UTMN Balkan Center held a round-table dedicated to the Comparative Study of Slavic Languages and Cultures. Researchers, professors, and international students participated in the conversation. 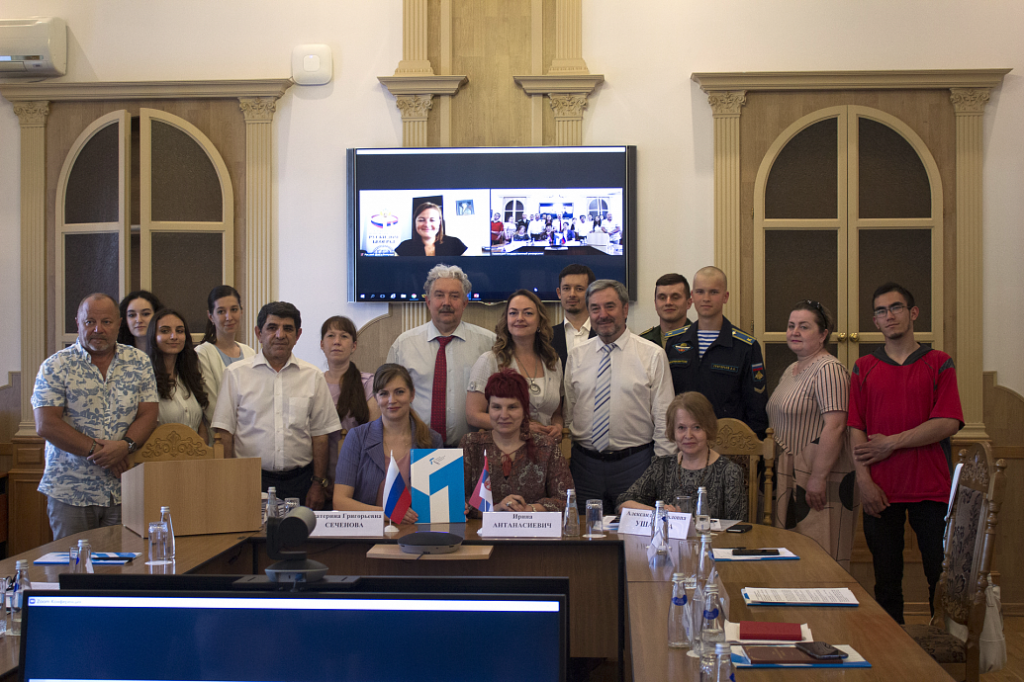 UTMN Vice-Rector for International Relations, Ekaterina Sechenova, gave an opening speech highlighting the importance of maintaining and developing the existing relations between UTMN and the universities of the Balkan Peninsula. Vice-Rector elaborated on the plans to expand and strengthen scientific, educational, and cultural activities with the Balkan partners.

In turn, Irina Antanasievich, Ph.D. Doctor of Science, Professor of the Department of Slavic Studies at the University of Belgrade, Honorary Doctor of the University of Tyumen, spoke about the origins of the Cultural Center "Ruski dom" in Belgrade. Olga Golubeva, Head of the Educational Programs Department of the Russian Cultural Center, spoke about projects aimed at popularizing the Russian language and culture in Serbia.

Participants emphasized the importance of maintaining and strengthening ties between the Slavic peoples, preserving the identity of each nation, and exchanging the best achievements of culture, science, and education.

The event concluded with the signing of an agreement between the University of Tyumen and the Cultural Center "Ruski dom" in Belgrade. The partnership will allow for new opportunities and prospects for Russian-Serbian cooperation and encourage further development of the UTMN Balkan Center.