23 August 2021
Several burials of the early Middle Ages, memorial complexes, and inventory have been discovered.

The UTMN Laboratory of Archeology and Ethnography continues excavations of the Vodennikovo-1 burial mound in the Kurgan Region, which began in 2019. The research is supported by two RFBR grants: "The role of migration in the historical and cultural dynamics of the south of Western Siberia in the Middle Ages" and "The problem of transforming the Magyar culture on the path of finding a homeland." 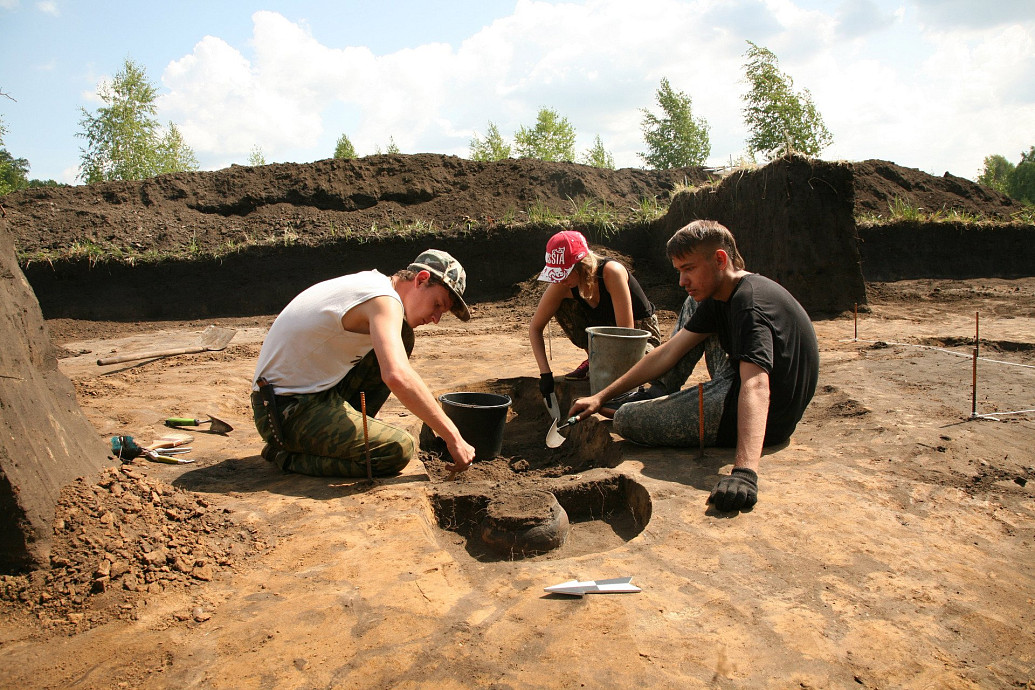 At the moment, the research is being carried out on five mounts. First-year History students and volunteers take part in the excavation. At this point, several burials of the early Middle Ages, memorial complexes, and inventory have been discovered.

“The findings are an important clue to reconstructing the migration pattern in the region that occurred during the Middle Ages. Material for radiocarbon analysis was collected, which will make it possible to obtain the most accurate dating system in the future. Due to the density of the soil, the wooden grave structures have been preserved.”

The works will continue until the end of August.