“Principles of Natural Science Knowledge” as a key to objective reality

Individual educational trajectories 30 November 2018
The University of Tyumen has been implementing a system of individual education trajectories for two years. Since September 2017, first and second-year students of three UTMN institutes and the School of Advanced Studies (SAS) have been studying in accordance with a new educational model. All students begin their education by taking courses from the Core curriculum, irrespective of their choice in major. One of the courses is “Principles of Natural Science Knowledge”.

UTMN leading scientists and experts from Moscow took part in designing the courses. According to the developers, industrial revolutions and science form our view of the real world. People tend to identify themselves with the achievements of humanity. That is why, in a modern technological environment, critical thinking is no longer a luxury, but a means of survival. 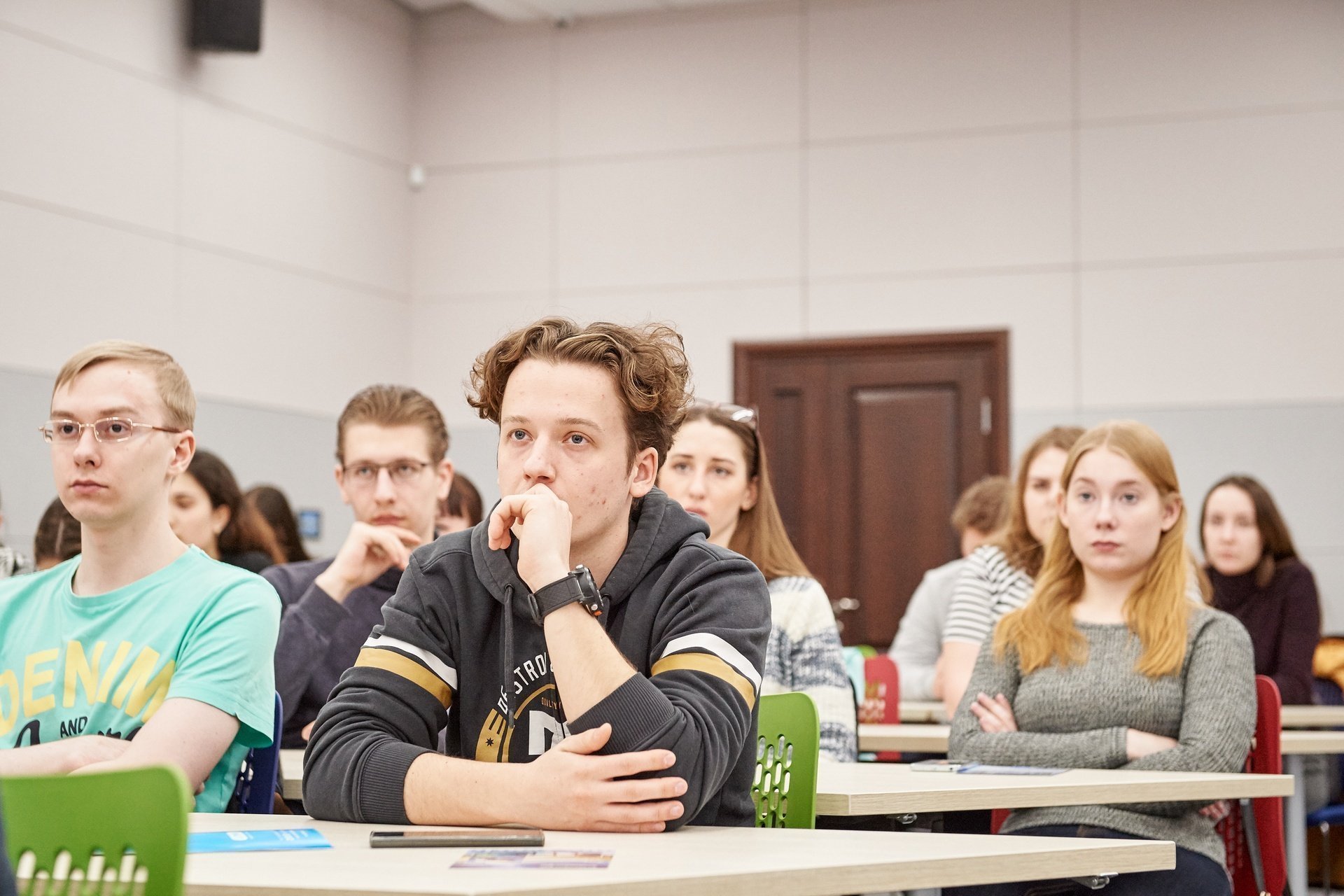 “The digital revolution and new technologies are not always reflected in general education courses, which means that the level of literacy, required for scientific and technological breakthroughs, is not achieved. Modern people rely on objective reality as a platform for personal development while the scientific approach as a method of verification is used when working with information,” say the course developers.

The purpose of the discipline "Principles of Natural Science Knowledge" is to shape a person who is oriented towards science-based knowledge in his work. Students are supposed to change their vision of the problems of civilization and deepen their understanding of the science agenda.

This will result in a formation of a critical attitude towards information, gaining of knowledge in the natural sciences as well as understanding of the value of science as a source of "reliable" knowledge.

The collaborative study mode is based on a series of binary seminars on cyborgization, anthropocene, new technologies, immortality and diseases. In addition, two lectures by eminent researchers precede every seminar. For example, UTMN invited Vyacheslav Dubynin, Doctor of Biology, (Moscow State University) to give a lecture on brain physiology.

Within the framework of lectures and seminars, the UTMN professors and researchers in the fields of biology, chemistry, physics and geography will cover the basic notions and talk about exploring the frontiers of knowledge in their areas of expertise. This will show students the complexity of the natural-science worldview.

The seminars are based on the critical comparison of sources, analysis of which will become the primary skill when dealing with scientific, popular-scientific and pseudoscientific information. In the form of mini-conferences and role-playing games, students will also learn the strategies for an effective interactive communication.

Thanks to real projects, students’ systems and critical thinking as general cultural competencies will be formed by the end of the course. During the final attestation, they will present a solution to the real problems existing in the region and the country.