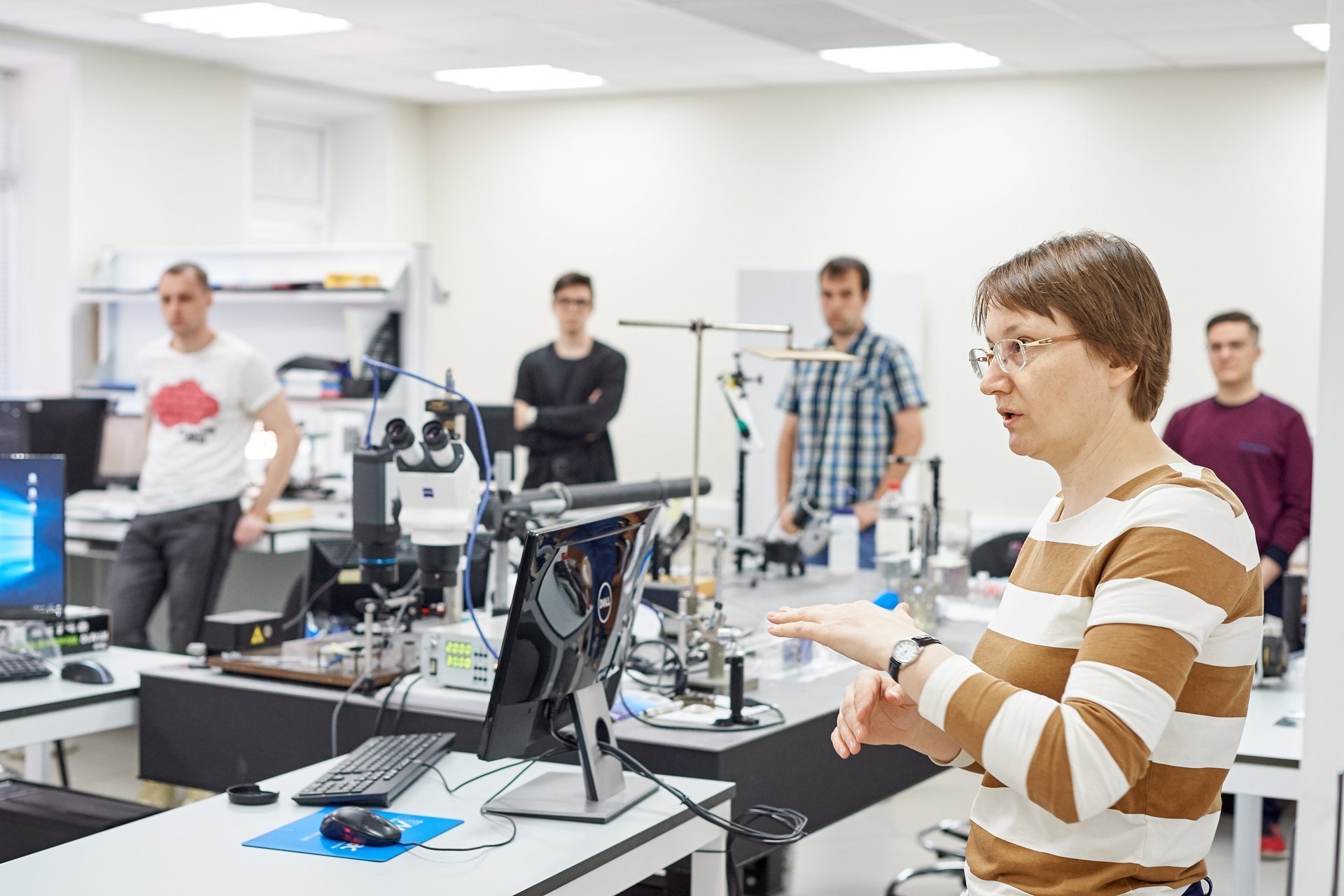 Unlike its solid-state analogues, liquid lenses can focus an unlimited number of times without wearing down and can also work quickly due to their fluidity. Researchers believe that liquid lenses minimize the majority of the complications of optical systems.

According to the researchers, UTMN’s varifocal liquid lens could become an integral part of lab-on-a-chip (LoC) devices, optics for computer vision, various medical and biological research.

In 2016, Natalia Ivanova and a postgraduate student Aleksandr Malyuk synthesized a solution that, while irradiated with a beam of light, turns into a drop and functions as a flat-convex lens. One year later, UTMN researchers changed the concentration of their solutions and experimented with the lens’s optical orientation in the gravitational field to define the range of its stable performance. UTMN scientists, guided by Natalia Ivanova, also developed a non-contact method of capturing and transferring micro- and nanoparticles. In contrast to expensive classic laser forceps, the new method appeared to be universal and affordable due to its simplicity.

“The new lens is based on the Marangoni effect. Laser beam generates temperature gradient on the surface of a droplet. During our work we use such liquids as ethylene glycol and benzyl alcohol,” said Natalia Ivanova.

The research was conducted as part of the complex project on producing adaptive fluidic optical elements using Marangoni effects.

The scientists are expected to conduct further research within the framework of the interregional Research and Education Center initiated at the territory of Tyumen region, Khanty-Mansi and Yamalo-Nenets Autonomous Okrugs.